TSG101 is a component of the ESCRT-I complex, a regulator of vesicular trafficking process. Ubiquitously expressed, and functions in diverse intracellular processes. 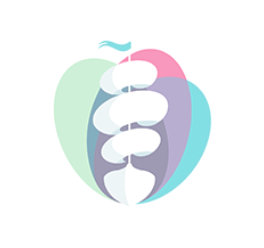 TSG101 is a housekeeping gene expressed in all tissues and cell types, including in 1-cell and 2-cell stage embryos. The highest Tsg101 levels are found in the brain and lactating mammary glands. TSG101 facilitates a variety of molecular and biological processes, including the regulation of transcription, cell proliferation and division. However the best studied role is in ubiquitination and protein sorting.

TSG101 is present within exosomes and plays a role in extracellular vesicle (EV) assembly and release. TSG101 is a member of the class E proteins, a subset of the vacuolar protein sorting proteins (VPS) which form the endosomal sorting complex required for transport I (ESCRT-I). As part of this complex, TSG101 selectively binds ubiquitinated cargo proteins to direct their sorting into multivesicular endosomes. TSG101 is a negative regulator of ubiquitin-mediated protein degradation. The E3 ubiquitin ligases: MDM2, MGRN1 and LRSAM1/TAL control TSG101 levels in mammalian cells.

TSG101 may be involved in diseases like cancer and neurodegeneration. TSG101 is overexpressed in some cancers, including breast, lung, thyroid, ovarian, and colon. Optimal TSG101 levels are also required for heart muscle growth.