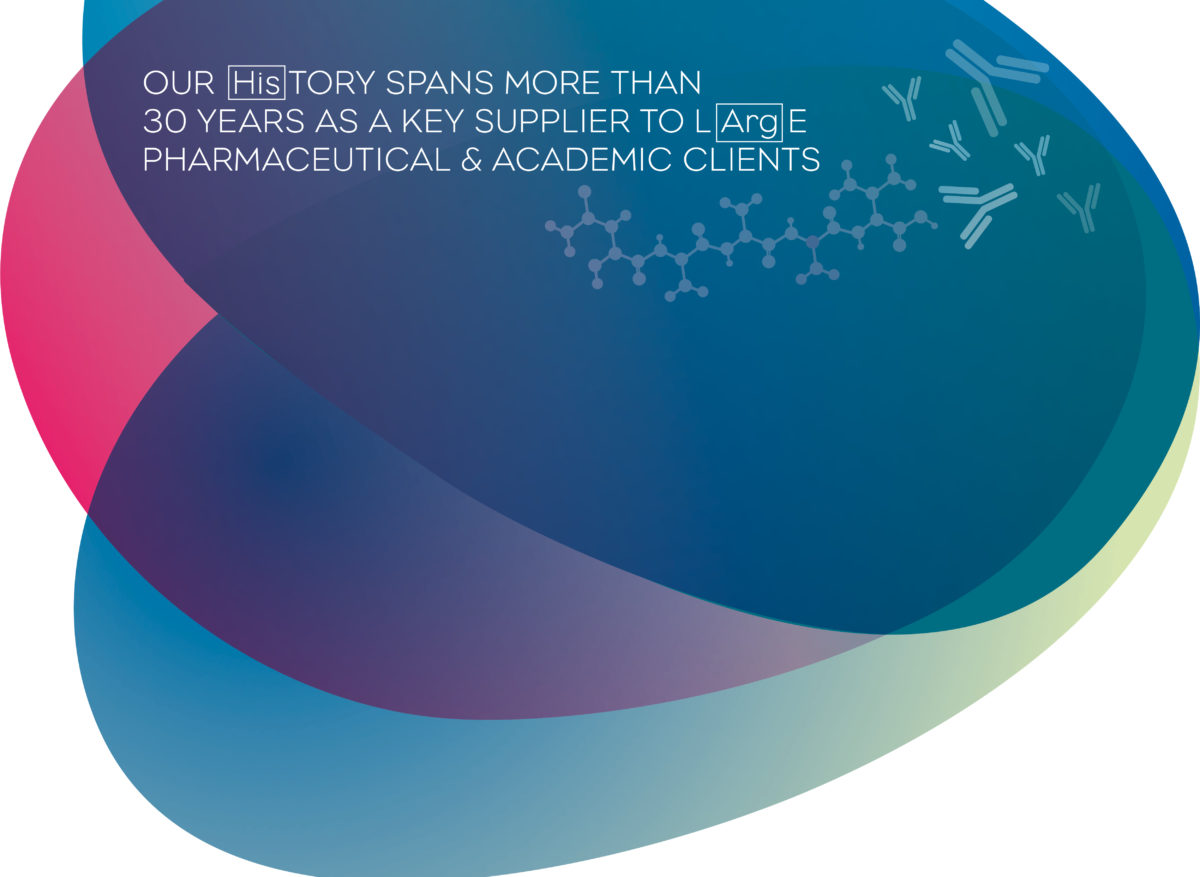 Cambridge Research Biochemicals (CRB) was bought by Emily Humphrys, David Woodhouse and Alison White in February 2000 in a management buy-out from the specialty chemical company, Avecia, formerly part of Zeneca and ICI.  David Woodhouse was bought out in 2005. The two women had met 10 years earlier, in 1990, while working at what was then ICI.  They remained the two sole owners and executive directors of CRB until January 2019 when Alison White retired. The company is now directed by Emily Humphrys and her highly specialised Technical management team. A Financial Director was appointed in 2019 to bolster the board and the company continues to engage a number of specialist advisors to increase the management input and explore new growth opportunities.

Emily, a Chemist made her career in the commercial rather than the academic world.  This means that, unusually for a modest-sized life science company, she brings the keen commercial drive and strong corporate values of quality, health and safety which are more typical of larger organisations.  It also makes the company very flexible and open to ideas and partnerships.

She summarises her company as ‘a woman-owned business that is driven by a commitment to high standards, outstanding customer service and operational excellence and believes in a flexible approach to the work/life balance’.

Emily is responsible for the business development and commercial management of CRB.  She joined the Billingham site of the then ICI as a radio chemist but after four years moved into the company’s sales operations and has remained in sales and marketing ever since.  From 1998, she was responsible for the European sales of Avecia Biologics (a division of Zeneca, part of the former ICI).  In 2000, and following the management buy-out of CRB, she took charge of the company’s global sales, managing its operations in the UK and USA.

Emily is from the north, from Middlesbrough, and has inherited some of her business zeal from her entrepreneur father. She is passionate about science, encouraging female business owners, the power of networking, and the North East. She is a member of the Entrepreneur’s Forum, the business networking Bridge Club, NEPIC (North East Process Industry Cluster), One Nucleus and Bionow (Biotech North West for Life Sciences). A frequent guest speaker at events to promote bioscience businesses and their commercial opportunities, she is also a judge at the University of Durham’s Biology & Enterprise Degree show. Emily graduated from Manchester with a first degree in Chemistry in 1989.

Laurent was born in the North of France near Boulogne. He graduated from the University of Lille where he studied chemistry and gained his PhD in 2005 as an organic chemist.

He joined CRB in 2007 following 2 years as a postdoctoral fellow at the University of Manchester developing peptide hydrogels. As the market was moving towards more challenging targets, he was quickly appointed Peptide Core Technology Manager.

For 5 years, he was involved in a pan-European research project (FP7) conducted by a consortium ‘BIOSCENT’ of regenerative medicine and tissue engineering experts, which aimed to develop ‘BIOactive highly porous and injectable SCaffolds controlling stem cell recruitment, proliferation and differentiation and enabling angiogenesis for Cardiovascular ENgineered Tissues’.

Laurent heads the peptide synthesis team and provides training and technical support. He has extensive experience with peptide synthetic modifications (post- translational modifications, cyclisation, labelling) and a genuine interest in peptide research. In 2012, he joined the protein and Peptide Science Group Committee, an interest group of the RSC promoting and supporting peptide science in the UK.

Ling-i received a BSc in Medical Biochemistry and MRes in Biological Science from the University of Manchester. She received her PhD in Biochemistry in 2011, where she researched genetic mutations in cleft palate development with Dr. Paul Shore at the University of Manchester. For her postdoctoral research, she worked with Prof. Claudia Wellbrock in Manchester investigating E-cadherin mediated cell-cell contact in melanocyte homeostasis. Followed by 4 years at the University of Newcastle with Prof. Neil Perkins assessing post-translational modifications of NFκB in DNA damage repair in cancer. Her research interests have focused on understanding the molecular basis of cancer progression and genetic disorders.

In 2016 Ling-i started at CRB as the DISCOVERY Catalogue Manager to develop and expand the catalogue and to make peptides and antibodies more readily available for research scientists. Her role was expanded to Head of Antibody Operation in 2019 to lead the antibody production team. Her background as a biochemist and molecular biologist has provided her with experience using antibodies in biochemical and cellular assays. She appreciates the value of custom antibodies as research tools to provide possibilities for scientists to explore and diversify their research in their field of interest without the limitations of commercial availability. She supports customers with antigen design, project management and product delivery.