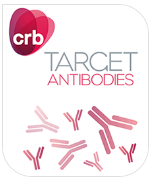 Here at CRB we offer a wide range of hosts for antibody production, and whereas mammalian are often the preferred choice, chickens are also growing in popularity. The production of antibodies in the avian host has several advantages and can be an excellent choice in the right circumstances.

Here we outline some of the main advantages of raising antibodies in chicken.

1: IgYs are present at high concentrations in egg yolks:

Chicken IgY molecules are abundant in eggs from which they can be easily purified, with minimal loss. Thus the simple collection of eggs offers advantages in terms of animal welfare.

2: An increased phylogenetic distance between birds and mammals allows for a stronger immune response to certain antigens:

Since birds are more evolutionarily distant from mammals this offers the opportunity to raise successful antibodies against proteins which are highly conserved in mammals and thus weakly immunogenic in a mammalian host species. The chicken immune system will recognise epitopes on the mammalian protein more readily and will often detect epitopes that differ from the epitopes detected by mammals, like mice or rabbits.

Compared to rabbits, chickens produce 10- to 20-times more antibodies. A single egg yolk from an immunised chicken contains between 50-300 mg of IgY. In a typical immunisation protocol you are likely to get about 42 eggs. So when compared to antibody production in mammals, this is more like the yields a large animal like a sheep or goat can reach.

4: Chickens produce a unique class of immunoglobulin with advantages in diagnostics:

Chicken IgY molecules share a similar structure to IgG, however they differ in the Fc regions of their heavy chains. The Fc region of immunoglobulin molecules interacts with many other aspects of the immune system including: proteins of the complement system, mammalian rheumatoid factors, Fc-receptors or with proteins A or G. In mammalian in vivo studies, this binding of the Fc region to components of the immune system is a major source of interference and background signal, and can result in false positives in diagnostic immunoassays. Therefore IgYs have clear advantages in these assays, as background signals and false positives are dramatically reduced.

5: IgYs work in the same assays as mammalian IgGs:

Immunoglobulins raised in chicken can be used in practically all immunological methods that were developed based on mammalian IgGs such as: immunofluorescence, immune-enzyme techniques; immunoelectrophoresis and Western blotting; immunohistochemistry and many others. IgY antibodies can also be efficiently conjugated to different molecules such as biotin, fluorescein and peroxidase and are also sensitive to papain and pepsin digestion, therefore Fab and Fab’ fragments can be produced.

Finally, as chickens have a relatively high core body temperature of 41 °C, the half-life time of IgY is in months. IgYs can retain their activity after 6 months at room temperature or for one month at 37 °C.