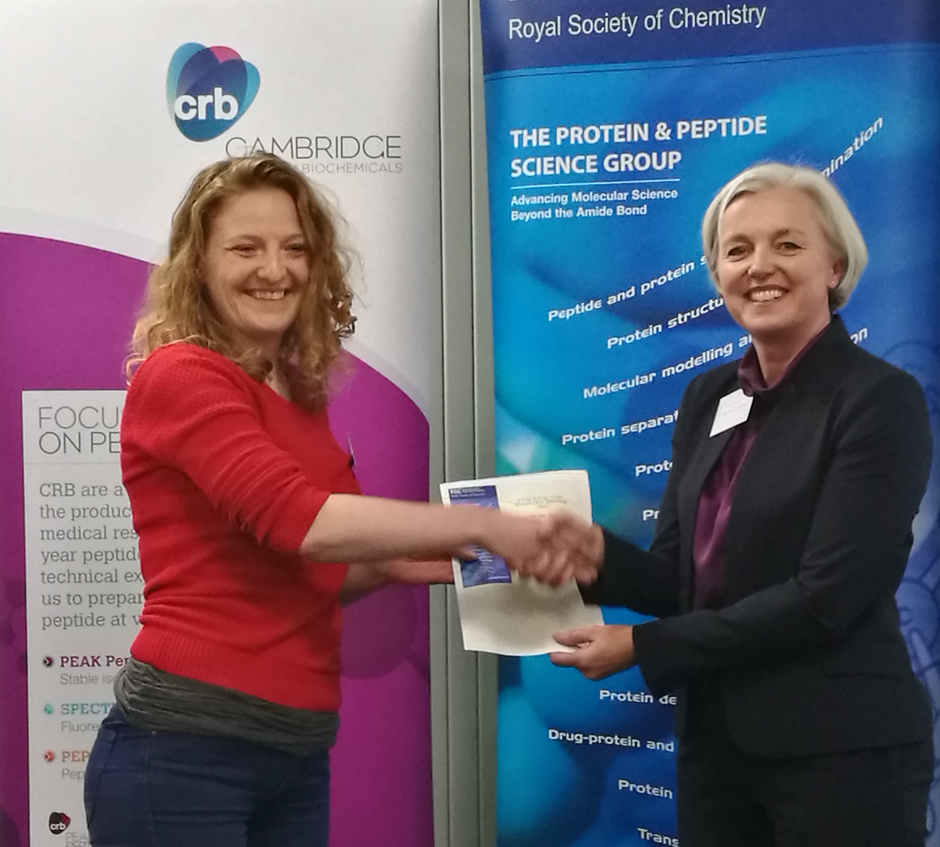 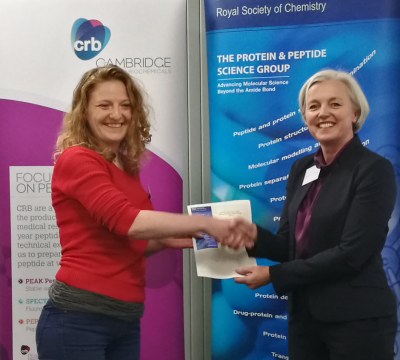 Both meetings were hosted by the Chemistry Department at the University of Durham organised by Dr Steve Cobb. CRB (Cambridge Research Biochemicals was in attendance (Emily Humphrys and Dr Laurent Caron) and exhibited at both meetings and sponsored the Best Poster Prize of the Early Stage Researcher meeting.

It was a most enjoyable two days of very varied presentations from both early-stage researchers to seasoned academics from the UK’s vibrant and productive Peptide Research community.

There was an added bonus in that it took place in Durham just 30 minutes north of CRB’s base in Billingham, Tees Valley.

The first day covered presentations from Universities of Durham, Edinburgh, UCL, Southampton, QMUL, St Andrews and companies such as GlaxoSmithKline and NPL with a Plenary Lecture brilliantly presented by Prof. Dr. Christian P.R. Hackenberger (Leibniz-Research Institute for Molecular Pharmacology and Humboldt University, Berlin) on ‘The Power of Chemoselectivity: Functional Protein-Conjugates for Proteomic and Pharmaceutical Research’

The Speakers dinner took place at Bill’s restaurant in Durham city centre allowing visitors to the North of England to explore this beautiful and historical city and accommodation was offered nearby at Collingwood College.

All in all it highlighted the UK’s very bright and gifted Peptide Research community (both young and old). Long may it continue.