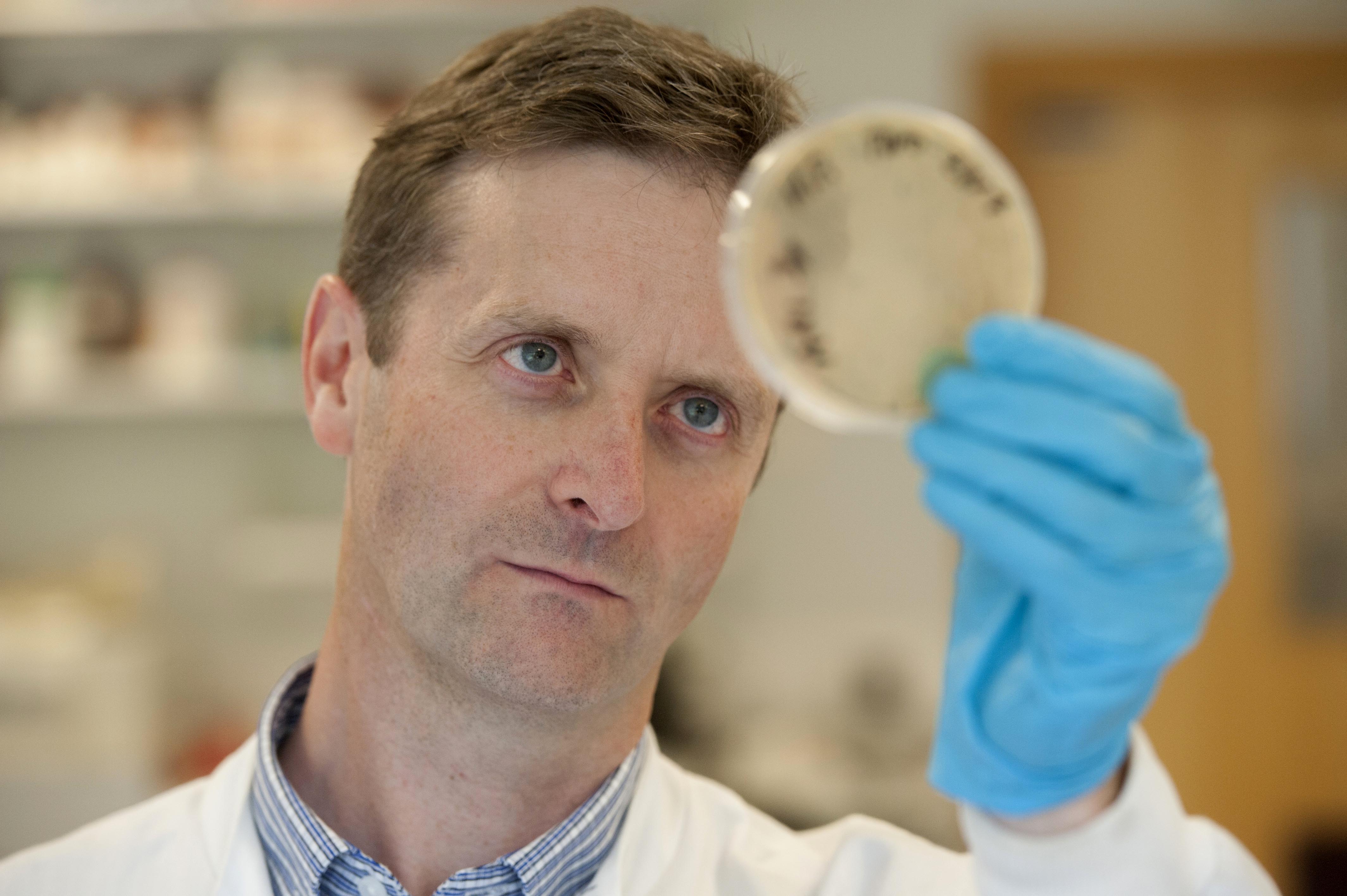 Antibiotic resistance is of growing concern. Antimicrobial peptides are interesting because they have the potential for treating microbial infections with less risk of resistance. Many are also involved in the innate immune system and so are also known as cationic host defence peptides. In August of this year, over 100 researchers descended on the beautiful city of Copenhagen for the 7th International Meeting on Antimicrobial Peptides (IMAP 2017) to present their latest research in the field of antimicrobial and host defence peptides.

Dr Stephen Hoare organises the annual IMAP meeting, and he and I were lucky enough to be able to catch up with Dr Donald J. Davidson, one of the invited speakers at the meeting. He gave us his insight into cationic host defence peptides, drawing upon his experience as a Medical Research Council (MRC) Senior Research Fellow in the MRC Centre for Inflammation Research at the University of Edinburgh, as well as his time spent as a post-doc in Bob Hancock’s group at the University of British Columbia in Vancouver, Canada.

Donald is a clinical graduate who is now following a non-clinical research career. During our discussion, Donald explained that his brief time spent as a clinician reinforced his interest in the interface between clinical and fundamental scientific problems. He became interested in antimicrobial / host defence peptides during his PhD, where he studied their application in cystic fibrosis and lung disease. This interest then grew and developed during his time in Canada where he observed both the way such peptides are known to kill bacteria and how they modify the inflammatory response of the host to the infectious threat.

Donald explained that nowadays, he encourages his students to think about host defence peptides as possessing the ability to critically adapt the way the host responds, along with potentially killing the infectious organisms. This means that they focus on how these peptides modify the differentiation and influx of cells of the immune system; how these cells function, plus the decision points about when and how the cells die. This interest therefore extends into how the inflammatory response occurs, plus the interface between the inflammatory response and the adaptive immune system. Cathelicidins and defensins, two of the peptides the group are most interested in, can affect many of these elements.

The group is now primarily working on infectious and inflammatory lung diseases, including respiratory viruses. They find that the cathelicidins they work with appear to act both by modulation of the immune system and acting directly on the viruses. In certain cases, the peptide can bind to the virus, damaging its integrity and reducing its ability to infect the cells. A second element is the peptide’s ability to change the type of immune response mounted, opening an important discussion topic with regards to potential antivirals.

The innate immune response to infection was an important topic during our discussion. Donald explained that cathelicidins possess broad anti-viral activity which is not yet properly understood but that this is a topic a number of groups are working on to develop a greater understanding. Cationic host defence peptides can work on viruses and fungi as well as bacteria and these molecules can also affect the inflammatory response and the way cells behave. These peptides are highly expressed at sites of inflammation and Donald explained that his lab has demonstrated in vivo that cathelicidins can enhance clearance of a Pseudomonas lung infection by mechanisms which don’t depend upon direct peptide killing of the bacteria, but upon altering the neutrophil response in the lung. Therefore, this type of protective pro-inflammatory response, if it is regulated correctly, can be beneficial. However, he explained that problems can occur if these peptides are overexpressed at the wrong place or time.

This led to a discussion of immunotherapy; including the balance between possible risks associated with increased inflammation versus the therapeutic potential that could be harnessed. Donald believes there is still a lot to learn about the mode of action of these peptides. In modifying certain peptides to maximise their anti-bacterial properties, there is a danger of removing their immunomodulatory capabilities. He feels that this would diminish their effectiveness, and miss the potential to be gained from tackling the crisis of antimicrobial resistance by utilising indirect, host defence-modulating properties. The different behaviour of host defence peptides in vitro and in vivo can also be an issue. Donald explained that this may be due to the presence of inhibitory molecules or conditions in vivo, for example the presence of cations or serum proteins. However, Donald also raised the important point of peptides working synergistically, including synergies between synthetic therapeutically administered peptides, conventional antibiotics, and native endogenous host defence peptides. This means that the context of an inflamed environment, where there may be many different peptides present, is important when evaluating peptide-based approaches. These factors may explain why some of them work well in vivo but not in vitro.

Clearly there is still much to be discovered within this fascinating area of research. The mode of action of cationic host defence peptides is still not completely certain. The interesting point about synergy holds great potential. Mixtures of peptides, or peptides and antibiotics, may produce some combinations given in vivo that can be extremely effective.