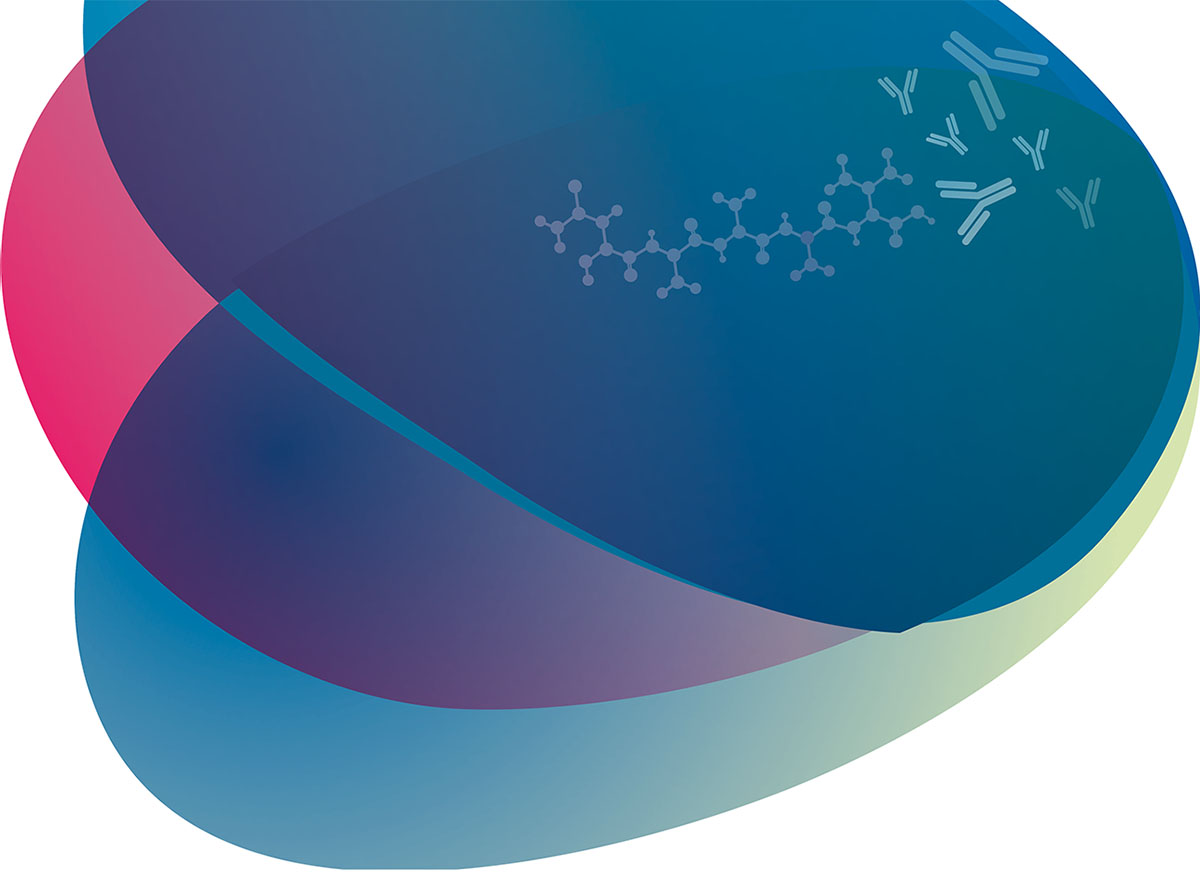 Normally, an antigen is a large, complex molecule with a molecular weight greater than 10kDa and as such, is able to promote a good immune response and induce high levels of specific antibody.

Peptides are very small molecules, typically 1000-2000 Daltons, which even when emulsified in adjuvant are able to elicit only a very poor immune response. Such small molecules are called haptens.

A normal immune response which results in a good level of antibody production, usually requires the stimulation of helper T cells to induce the B cells to recognise the antigen. Clearly a hapten or small peptide is unable to do this. The probable explanation is that at least two different “epitopes” are required within the antigen; one to stimulate the T cells, the other to interact with the B cells. A small peptide may not be big enough to contain two clear epitopes.

The solution to this problem is to couple the peptide to a larger carrier molecule, usually keyhole limpet haemocyanin (KLH) or bovine serum albumin (BSA), which is inherently immunogenic. The T and B cells now have a whole range of “epitopes” to react to and a vigorous response results in which antibody is made to the carrier as well as the peptide. The immune system responds to the hapten-carrier conjugate as if it were a single molecule and in so doing hopefully makes antibody to the peptide as well.

The proportion of antibody made to the peptide is small compared to the overall response but is far higher than with peptide alone. The penalty for this is that there will be high levels of anti-carrier antibody produced which may have to be removed to make the reagent useable.

These reagents can be used to link the peptide in a particular way to achieve an antibody that reacts with a particular part of the peptide. For example, CCK and gastrin have the same five C-terminal residues. If an antibody specific for CCK is required, then clearly antibodies to the common sequence must be avoided. Consequently, if the C-terminus of the peptide is coupled to the carrier, the likelihood of cross-reactivity to this region is reduced, simply because it is now “hidden” by the conjugating agent.

The preferred method for linking a peptide to the carrier protein is through the side chain thiol (-SH) of a cysteine residue.

MBS will link peptides via the thiol (-SH) group on cysteine to amino (-NH2) groups of the carrier protein.

This is a widely used reagent due to the fact that it unequivocally links the peptide through a specific cysteine residue. Cysteine can be included in the peptide chain as an extra amino acid at either the N or C terminus to provide the linker in peptides lacking this residue. Again, conjugation through either the N or C terminally linked cysteine will usually produce antibody directed to the opposite end.

Gluteraldehyde cross-links primary amino groups on the peptide to those on the carrier.

The linkage formed by gluteraldehyde is such that there is a degree of flexibility between peptide and carrier. This will reduce the possibility of steric hindrance (physical blocking), interfering with access by the immune system, to the peptide and may result in a better response.

Carbodiimides couple free carboxyl and amino groups, whether C- or N-terminal or on side chains (i.e lysine, aspartic acid or glutamic acid), to form amide bonds. Amide bonds are extremely rigid. This can cause considerable steric hindrance as the peptide is tightly bound and unable to rotate.

Peptides containing one or more lysine, aspartic acid or glutamic acid can couple to the carrier protein at various places in the peptide giving alternative conjugates which may generate a variety of antibody responses. This can be advantageous as it presents multiple alternatives to the immune system.

MAPs offer an alternative to peptide-protein conjugates by presenting multiple copies (typically 4, 8 or 16) of the peptide antigen synthesized on a small multivalent core. This has the advantage of increasing the size of the antigen as well as presenting multiple copies of it. No carrier protein is involved, so the immune response is directed solely at the peptide antigen.

MAPs are typically produced on a lysine resin. By attaching two further lysines to the N-terminal and side chain amines of the C-terminal lysine, four sites are produced for the synthesis of a peptide on the central core. By repeating the process once or twice, anchors are provided for 8 or 16 growing peptide chains. The peptide is synthesized by the usual solid phase methods and cleaved from the resin to give the crude MAP-4, -8, or -16. As the molecular weight of the peptide is now increased several fold, it is immunogenic in its own right and does not require conjugation.

Although MAPs are capable of producing a strong antigenic response to the peptide, there are some drawbacks. Steric hindrance can be an increasing problem with extension of the peptide chain although this can be minimised by having a low loading on the resin. Purification of MAPs by reversed phase HPLC is not normally possible and characterisation by mass spectrometry is difficult. Therefore MAPs are usually just dialysed and the crude product used directly for immunization. Because of these factors, we recommend the conjugation method using a well defined peptide as antigen as the preferred initial option.